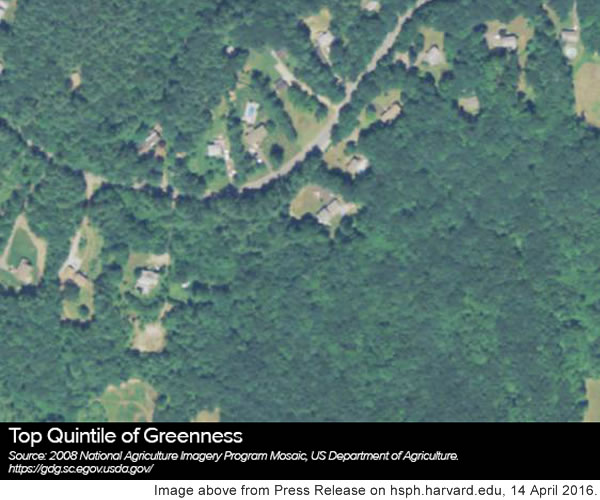 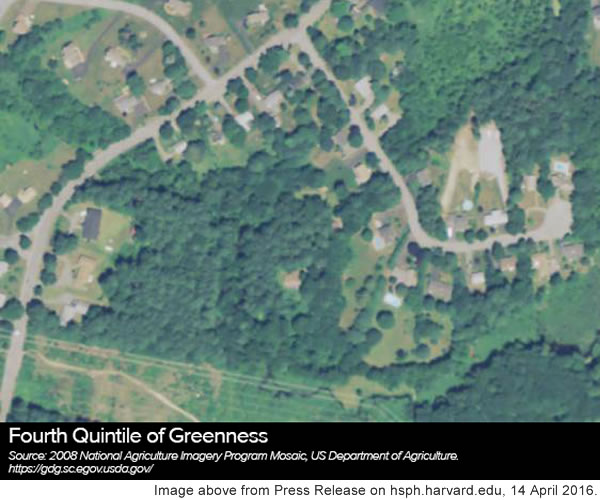 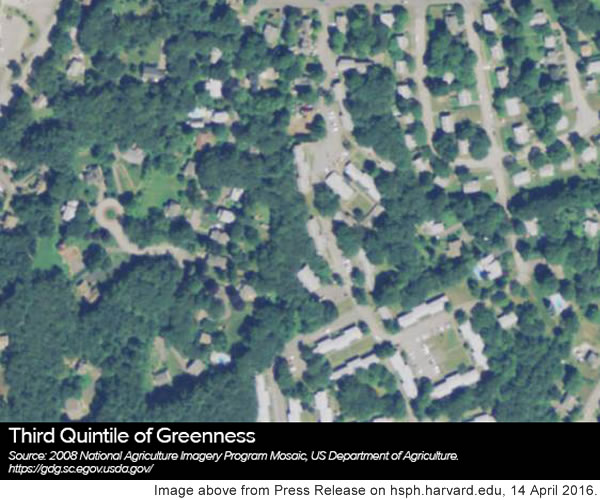 A recent study by scientists at the Harvard T.H.Chan School of Public Health (HSPH), which is located in Cambridge, Massachusetts (USA), has found that women in the USA whose homes are surrounded by more vegetation, 'greenness', seem to have lower mortality rates than those who live in areas with less vegetation, such as urban areas within larger towns and cities. Previous studies have suggested a link between living in an area or environment in which there is more rather than less vegetation and relatively lower mortality rates. However, not only have previous studies been limited in scope, but their findings have also been inconsistent.

The recent study, which was conducted over an 8 year period, claims to be the the first to consider the link between greenness and mortality rates over such a time period and the whole of the United States of America (USA News). 'Mortality rate' is a measure of the number of deaths in a particular population for a specific period of time. According to this research, there were fewer deaths among the women who lived in the greenest surroundings, their overall mortality rate being 12% lower than that of those whose homes were in the least green areas - see images for comparisons.

Overall the study considered data about 108,630 women who were enrolled in the Nurses' Health Study across the United States during 2000-2008. The researchers compared the womens' mortality rate within the study period with the level of vegetation surrounding their homes, which was calculated using satellite imagery from different seasons and years. The researchers accounted for other mortality risk factors, such as age, socioeconomic status, race and ethnicity, and smoking behaviors.

" We were surprised to observe such strong associations between increased exposure to greenness and lower mortality rates," said Peter James, research associate in the Harvard Chan School Department of Epidemiology.

" We were even more surprised to find evidence that a large proportion of the apparent benefit from high levels of vegetation seems to be connected with improved mental health."

The authors of the study have suggested several reasons that might affect the relationship between greenness and mortality rates. Improved mental health, measured through lower levels of depression was estimated to explain nearly 30% of the benefit from living around greater vegetation. Increased opportunities for social engagement, higher physical activity, and lower exposure to air pollution were also considered possible contributory factors.

When the researchers looked at specific causes of death among the study participants, they found that the associations between higher amounts of greenness and lower mortality rates were strongest for respiratory-disease and cancer mortality. Women living in the greennest areas (i.e. with the most vegetation) had a 34% lower rate of respiratory disease-related mortality and a 13% lower rate of cancer mortality compared with those living in the least green locations. These more specific observations were consistent with some of the reported benefits of greener areas, e.g. that they may help to counteract or 'buffer' some air pollution and noise exposures and that the presence of green areas is often associated with greater opportunities for physical activity.

" We know that planting vegetation can help the environment by reducing wastewater loads, sequestering carbon, and mitigating the effects of climate change. Our new findings suggest a possible co-benefit - improving health - that presents planners, landscape architects, and policy makers with an potential tool to grow healthier places," added James. 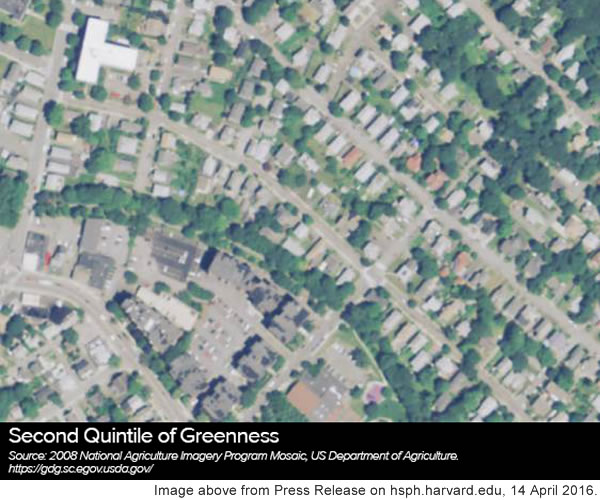 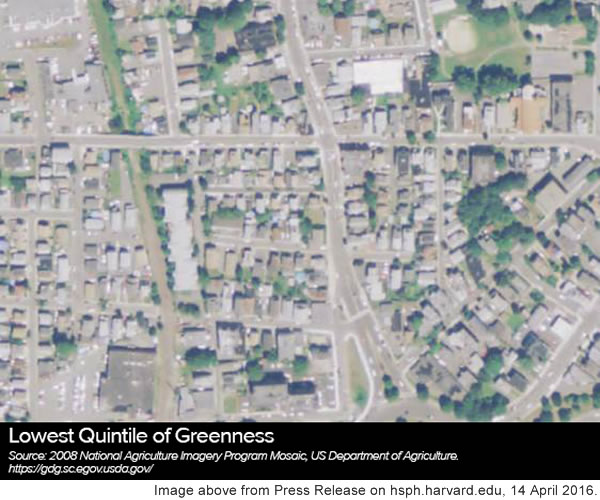 News is included to provide information about current issues but not to endorse any particular view, activity or product. Any opinions expressed in this article are not necessarily those of IvyRose Ltd.. At least some of the material on this page was released by the source indicated below on or about 14th April 2016.This article has been prepared by IvyRose using information and quotations that may also be from various other sources, as well as any further comments, explanations and images credited individually.