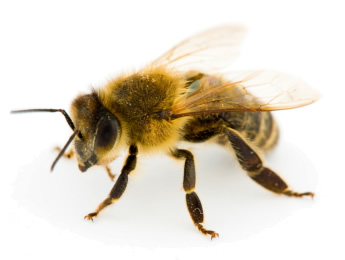 Scientists at Southampton University (England) are investigating if there is a connection between tiny particles of pollution found in diesel fumes and the worldwide collapse of honey bee colonies.

Professor Guy Poppy, an ecologist, Dr Tracey Newman, a neuroscientist, and their team, are investigating the possibility that very small particles, or 'nanoparticles', emitted from diesel engines could be affecting honey bees' brains and damaging their innate navigation systems. If so, this may prevent worker bees finding their way back to the hive.

The same team is also investigating the possibility that such nanoparticles are one of a number of stress factors that could lead to a tipping point in honey bee health, which in turn could contribute to honey bee colony collapse.

" Diesel road-traffic is increasing in the UK and research from the US has shown that nanoparticles found in its fumes can be detrimental to the brains of animals when they are exposed to large doses. We want to find out if bees are affected in the same way ? and answer the question of why bees aren't finding their way back to the hive when they leave to find food," explained Professor Poppy.

Honey bees are estimated to contribute billions to the world's economy - £430 million a year to the UK alone - by pollinating crops, producing honey and supporting employment. Unfortunately winter losses in bees have resulted in the loss of tens of thousands of beehives year on year since 2007. The USA has seen a 35% unexplained drop in the number of hives in 2007, 2008 and 2009. Extensive research, including a recent United Nations Report, has so far not identified the cause of bee declines.

The team from the University of Southampton, including biologists, nanotechnology researchers and ecologists will test the behavioural and neurological changes in honey bees, after exposure to diesel nanoparticles. Chemical ecologist Dr Robbie Girling said that :

" The diesel fumes may have a dual affect in that they may be mopping up flower smells in the air, making it harder for the bees to find their food sources."

Recent research which has revealed more about the effects of nanoparticles has enabled scientists to investigate this possible link to honey bee colony collapse.


News is included on the IvyRose website to inform visitors about current health issues, but not to endorse any particular view or activity. Any views expressed in the article above are not necessarily those of IvyRose Ltd.. Material in this news item was released by the UK-based source listed below on 07 October 2011 and may have been edited (e.g. in style, length, and/or for ease of understanding by our international readers) for inclusion here. For further information, please visit their website.