The main classifications of matter include the categories:

Definition of a Chemical Element:

An element is a chemical substance that cannot be broken-down into any simpler substances by chemical reactions. It consists of only one type of atom, though the atoms of an element may, or may not, join together to form molecules (that depends on the particular element and so the structure of its atoms).

All the elements are included in the Periodic Table.

Every chemical element has its own symbol.

For more about the symbols of the chemical elements see pages listing them in the following ways:

Many elements are found in nature and so may be called "naturally occurring elements". Other elements have not been found in nature but can be produced in the laboratory. A few more chemical elements are thought to exist but are very rare and even if produced would only exist for a very short time because they are radioactive and would quickly decompose into other elements whose atoms are smaller.

Do elements consist of atoms or molecules ?

Other elements exist in the form of molecules. For example many common gases exist as diatomic molecules e.g. oxygen (O2), hydrogen (H2), and nitrogen (N2). 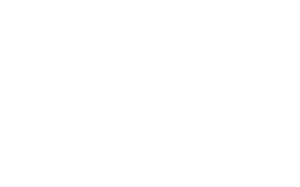 In the diagram shown above:

Hence molecules of elements are represented by two or more spheres of the same size and colour joined together.